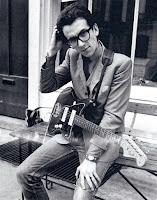 I am noticing a number of friends and acquaintances in music posting comments on Facebook, Twitter, and other social media regarding Pandora’s efforts to push through the Internet Radio Fairness Act, and it is interesting to read.  I get it.  I get the argument and why artists are concerned.  But I am also not bought in to the artist’ reasoning and believe the fear of “lower royalties” from one industry segment is blocking people from seeing the forest through the trees.

The situation: Pandora Radio (NYSE: P. www.pandora.com) is trying to mobilize its more than 150 million listeners behind the Internet Radio Fairness Act, a bill that would lower the royalty fees paid by online radio stations for playing a song.  On the other side of the issue are record labels and artists, who believe that the existing rates are fair and accuse Pandora and others of wanting to deprive copyright holders of the income they deserve.

The problem is royalties from satellite/cable and internet mediums vary to such a degree, they are unfair.  The worlds of satellite/cable and internet radio continue to converge, resulting in an unbalanced competitive environment where one entity faces licensing and royalty expenses of less than 10% of revenues while another faces costs close to 50% for the same product.

Last year, Pandora paid about half its revenue to labels and performers. Sirius’s current rate is 8 percent. (Both kinds of services also pay separate royalties to songwriters and publishers.)

Pandora is championing the Internet Radio Fairness Act (introduced in the House by Jason Chaffetz, Republican of Utah, and Jared Polis, Democrat of Colorado) which proposes to put online radio under the 801(b) standard of the Copyright Act, which is the same standard used by the Copyright Royalty Board when setting royalty rates for cable and satellite radio. Pandora argues that this would stop discrimination against Internet radio services.  Much to the dismay of my fellow musicians, I agree… sort of.

The industry of music has moved from terrestrial radio to satellite radio and Internet streaming.  The majority of music is now published, promoted, sold and traded online and in space.  The organizations that compete in this field bring options to artists.  Business Management 101: the more entities competing in a free market to distribute goods and services, the better the environment for the producer of these goods and services.  Business can’t continue to compete in an environment that does not present a level playing field.

As a former professional musician (ok… a drummer, but I used to hang out with musicians), I can look at this from the artist’s perspective and agree all artists should be paid their value for their creative work.  I will NEVER disagree with this position, and will fight to support royalty payments to artists across the board.  But as an executive in business, I also understand the perspective of Pandora and believe something has to be done to level the playing field as these markets (as well as future markets to arise through advances in technology) continue to converge.  In addition, a competitive landscape of promotional and publishing vehicles benefits the artists through more choices and resulting leverage throughout the negotiating and contracting process.

So how do we ensure we manage a level playing field AND protect the artist’s pay for works created?  Put internet radio under the 801(b) standard of the Copyright Act so the playing field is fair, and ensure this standard is based upon a flat standard % of revenues (company makes more with your music, they pay more for your music) as well as the contribution this music has to the overall revenues generated.  This is, to the basic degree, what the IRFA is trying to do.  But I would go a step further.  RAISE THE OVERALL RATE established under the 801(b) standard!

What is SiriusXM doing paying artists only 8% of revenues while making a profit of almost $427 Million dollars?  I would ensure the “fair rate” established is raised from the current status in addition to lowering the rates paid by companies such as Pandora.  Looking at the financials from both SirusXM and Pandora for 2011, look at the impact such a move would have on the industry overall:

Though passing IRFA could include lowering rates paid by Pandora and the internet community, it could raise the rates paid by Satellite and Cable companies.  By keeping the markets fair, they become more competitive.  It also potentially reduces financial hurdles to the development of new markets based on expanding technology (such as internet radio), reduces barriers to entry for new businesses, and allows expansion of the industry as a whole.

The IRFA legislation expands 801(b), and includes the creation of a panel of judges whose primary function is to consider evidence both on the value of the music and on the effect the royalty rate would have on the industry over all. To ensure the artists receive fair market value for their work, have artists represented on the panel of federal judges that will establish royalty rates so the artists have a voice.

As a result, you have a fair and balanced competitive landscape fostering growth and expansion of the industry and an industry paying fair market value for products ensuring artists are justly compensated for their work.  In negotiating terms, this is a win-win.

Now obviously the satellite and cable industry will argue their costs of infrastructure and operations are considerably higher than Pandora.  But the facts are SiriusXM made over $400M in profits in 2011.  They can afford an increase in royalties (and the artists deserve this).  They can’t pass this directly to the consumer because the consumer has options through companies like Pandora.  (Just yesterday, I streamed Pandora through my iPHone while in my truck, listening to Pandora on my truck radio in place of XM.  I can promise you if XM raised my rate, I would simply cancel and utilize services available to me such as Pandora over my phone!)

Actually, the profitability concerns of Sirius or Pandora is of no concern to me, other my desire to see a healthy, competitive environment so artists grow options and receive true value for goods and services produced.  My support of this bill is for the betterment of the artists in the long-run; not the corporate health of the individual players in the industry.

Pandora did not make a profit because they are not effectively managing their business.   It is an issue with their business model… not the royalties.  If I were the CEO of Pandora, I would be working to push through the internet radio fairness act to level the playing field, but at the same time, would be reviewing my entire business model to ensure efficiency and productivity and possibly firing my VP of Sales and Marketing for a lack-luster performance in generating revenues needed to support the business in the field we compete in.

The Internet Radio Fairness Act will not bring Pandora a long-term, sustainable, competitive advantage in the market served.  A productive, efficient and effective business model, creative products, efficient operations, effective marketing, and high sales performance are the key to success in a free market.

But unfair business practices and an uneven playing field can ensure these keys are not achieved… not just for Pandora, but all other organizations striving to compete in this industry, which will hurt the artist and industry in the long-run.

IRFA can actually be a good piece of legislation… not just for Pandora, but for all artists, listeners, and the industry as a whole.  As long as it is fairly administered with the artist having a voice, it is a win-win.

Some of my friends sit around every evening


And they worry about the times ahead
But everybody else is overwhelmed by indifference
And the promise of an early bed
You either shut up or get cut up, they don't wanna hear about it
It's only inches on the reel-to-reel
And the radio is in the hands of such a lot of fools
Tryin' to anaesthetise the way that you feel
Elvis Costello – Radio Radio